An Adventure to accompany David Lewis, winner of the 2015 AHMM Travel Prize, on his journey to celebrate the fleeting annual heritage of Black Rock City.

‘In time, a clear idea emerged from the mists of thought: I would establish myself as a one-man-band, ad-hoc honour committee charged with celebrating the people I would meet by awarding them an inscribed plaque to be positioned high on their camp. These plaques would create an urban infrastructure of their own, one that would disappear with Black Rock City, done and dusted.’ 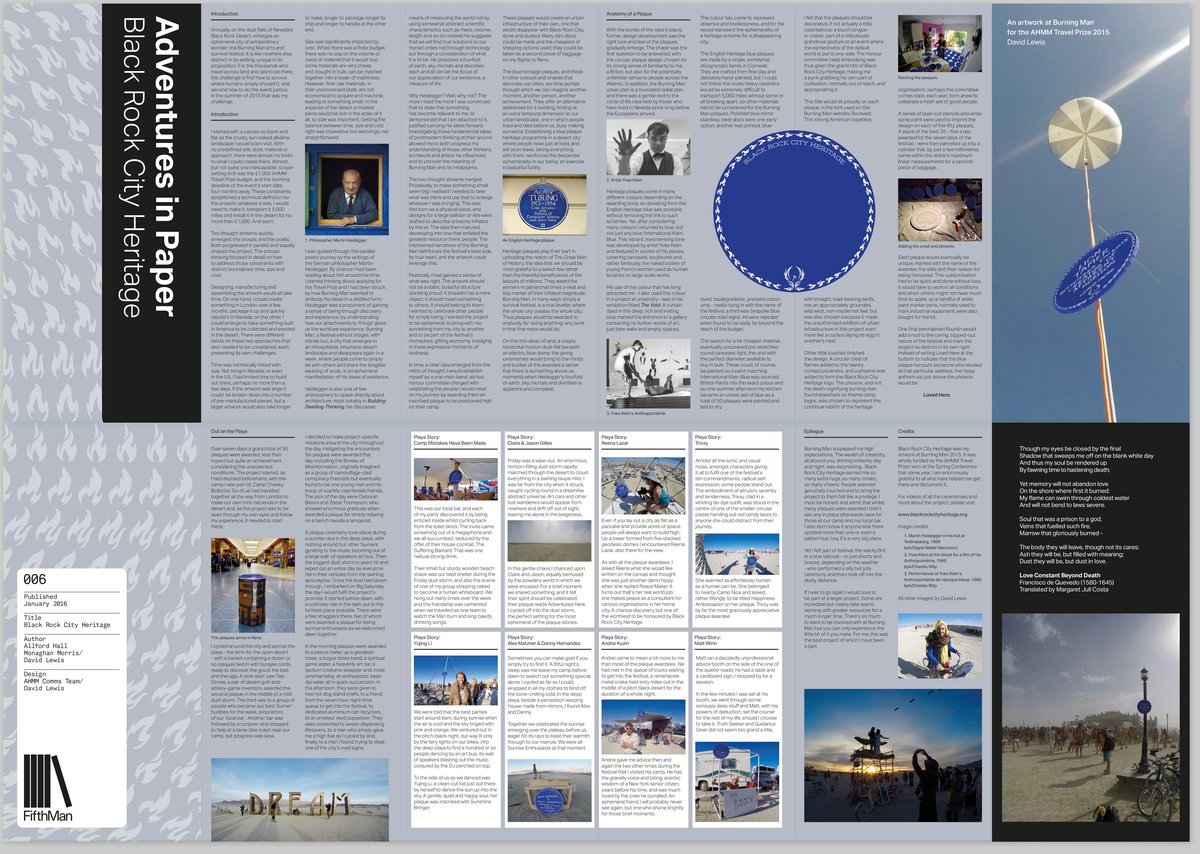 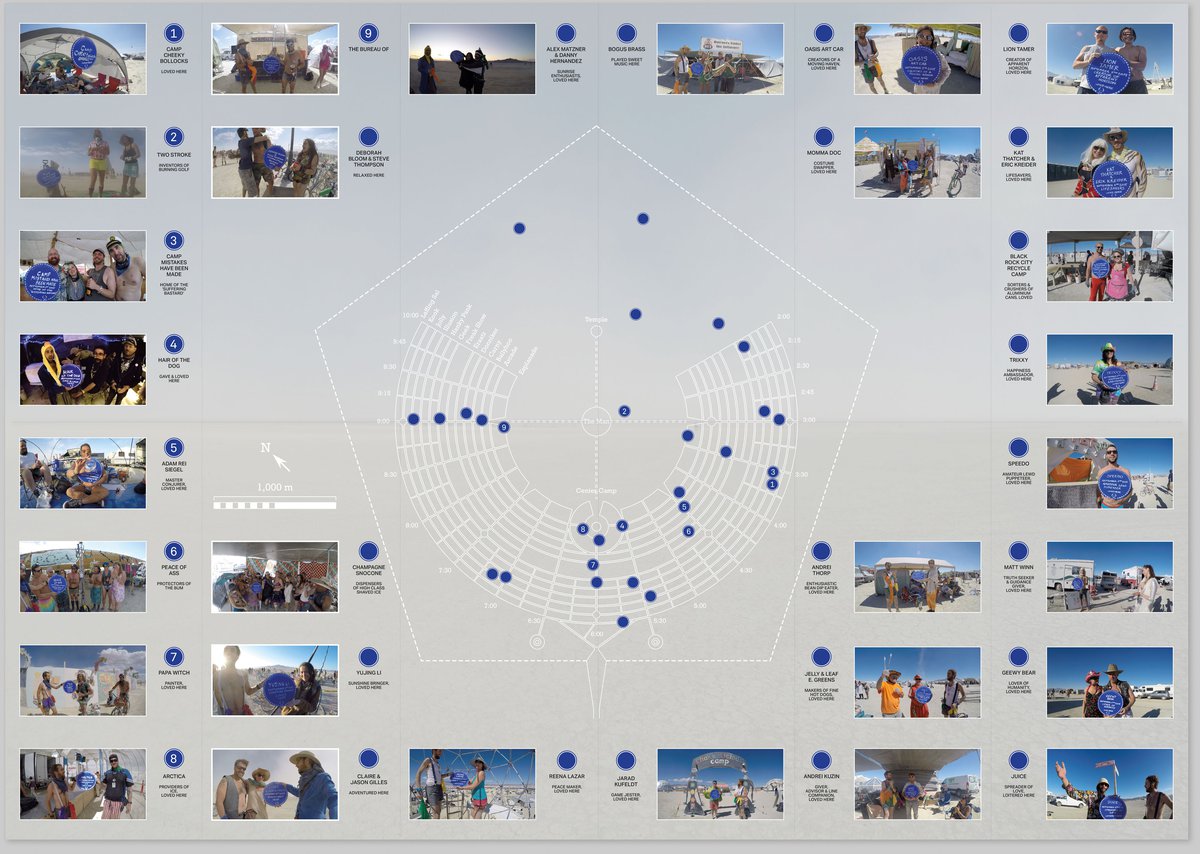