On the fiftieth anniversary of the Tlatelolco Massacre, this Adventure tells the story of Wyman’s design and its legacy in Mexico City and beyond.

Graphic designer Lance Wyman created a brand for the 1968 Mexico OIympics which epitomised the spirit of the games and permeated every corner of the host city. It was so successful, however, that with some simple printing equipment the student movement, exasperated by continuing inequalities in Mexican society, was able to co-opt and adapt the brand to tell their own story, as peaceful protest escalated into violence.

‘It was intense to witness. The students subverted our identity in such powerful ways. They riffed off our silhouette system, switching images of athletes for images of protestors being beaten by the police.’ – Lance Wyman 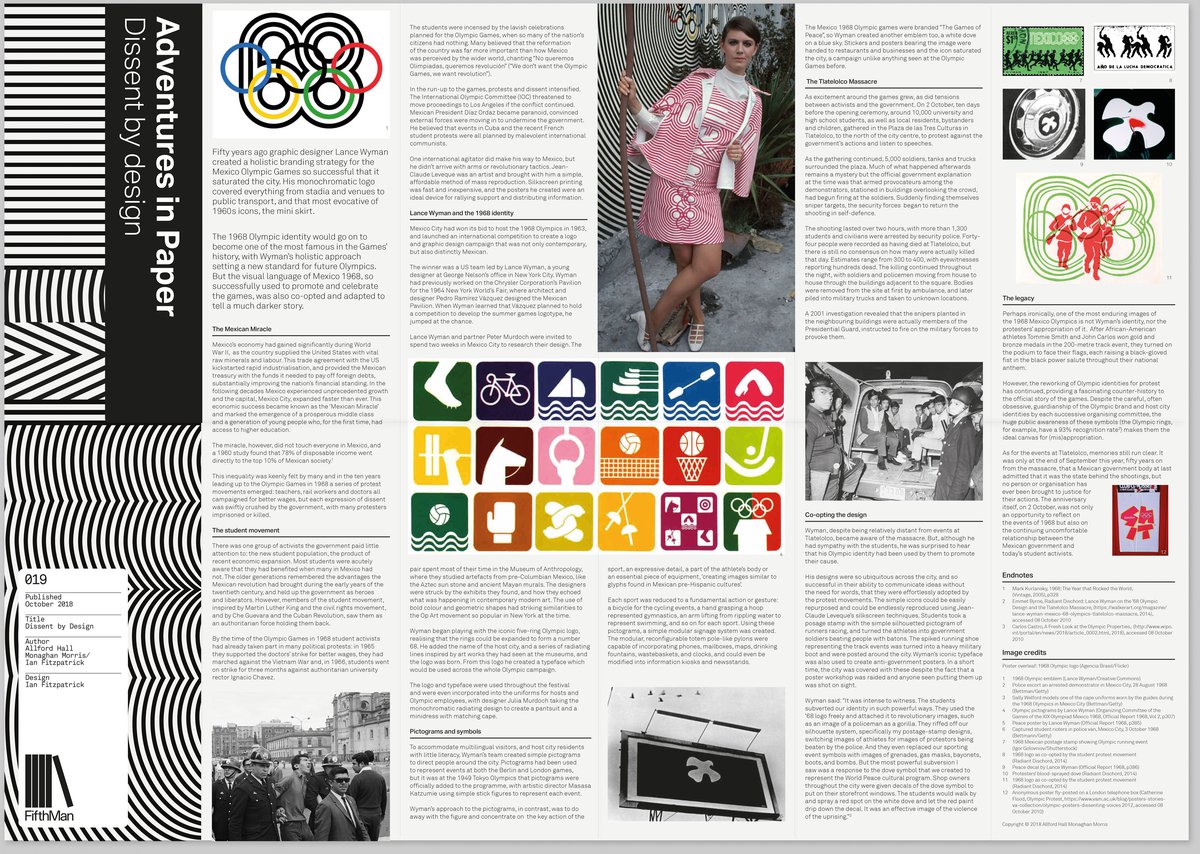 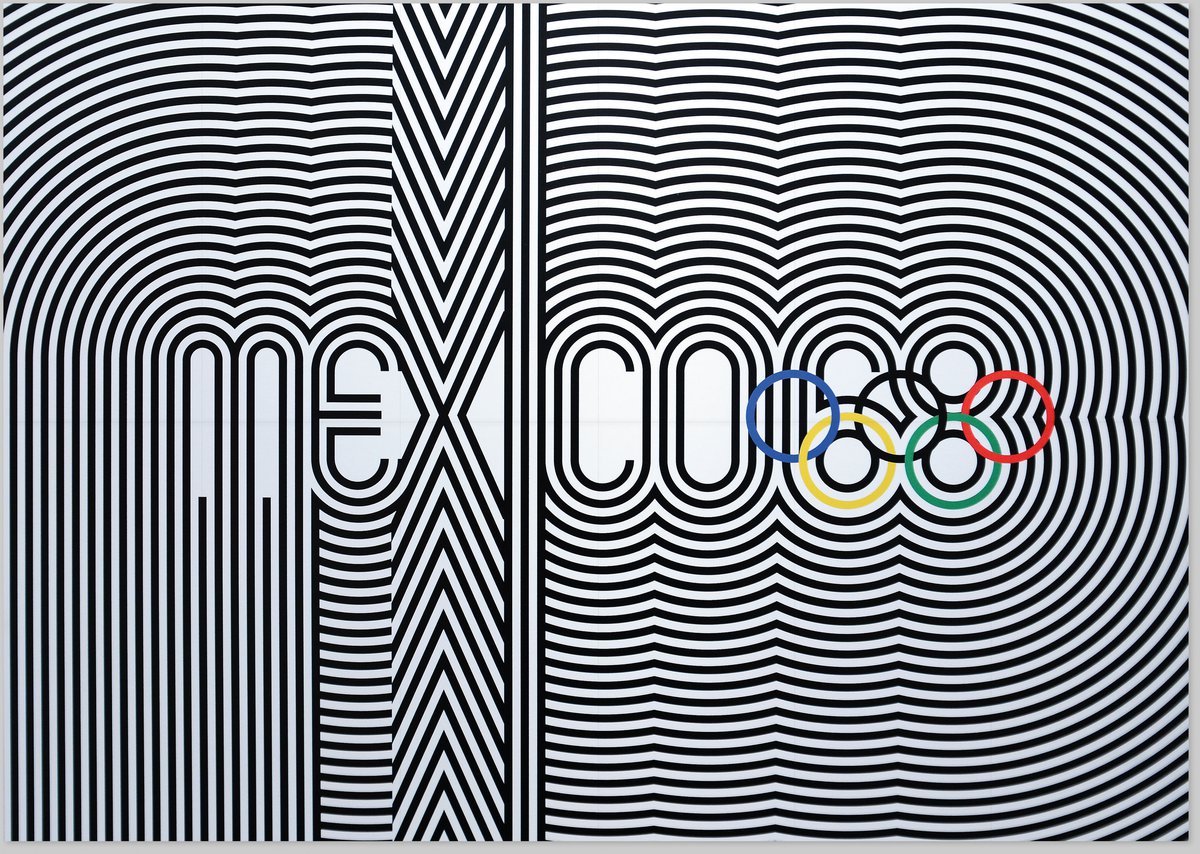